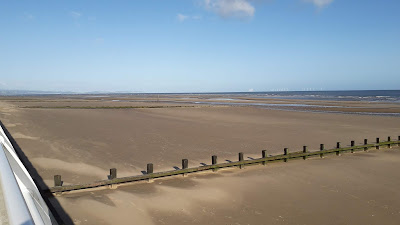 In 2009 Kiko Matthews was diagnosed with Cushings Disease, a rare and life-threatening condition which causes tumours on the pituitary gland - the gland that controls the body's hormone production. It changed Kiko’s life. She went part-time in her day job as a science teacher, qualified as a paddleboard instructor and set-up her own business. And started a charity!

Then in 2018 Kiko became the fastest woman to cross the Atlantic ocean as a solo rower. But only after having to take time out from her training, to undergo a brain operation to remove a further tumour that had developed from the Cushings Disease.

She has also run the 260km ‘Wadi Rum Ultra’ run across the Jordan desert, in just 5 days!
Now, her latest challenge, cycling the 7,200km journey around Britain’s coastline, and along the way leading many local beach cleans. For once, Kiko’s aim is not to be the ‘fastest’, but to raise awareness of the problem of single-use plastic and to engage with communities like our Surfers Against Sewage #PlasticFree groups here in Rhyl and Prestatyn to help tackle the problem.

Kiko and her team will be arriving at the Kite Surf Café on Rhyl prom (between the Travelodge and the Theatre) at 3pm this Wednesday, 5th June, for beach clean number 1. Then cycling on to Prestatyn (by the metal statue, Central Beach) by 5.30pm for beach clean number 2, which means that she will have covered the entire Denbighshire coastline with us.

We are delighted (and honoured) that Kiko has chosen to join us on 2 beach cleans and if you want to come and help or just come and meet an amazing, inspirational lady, then everyone is more than welcome!